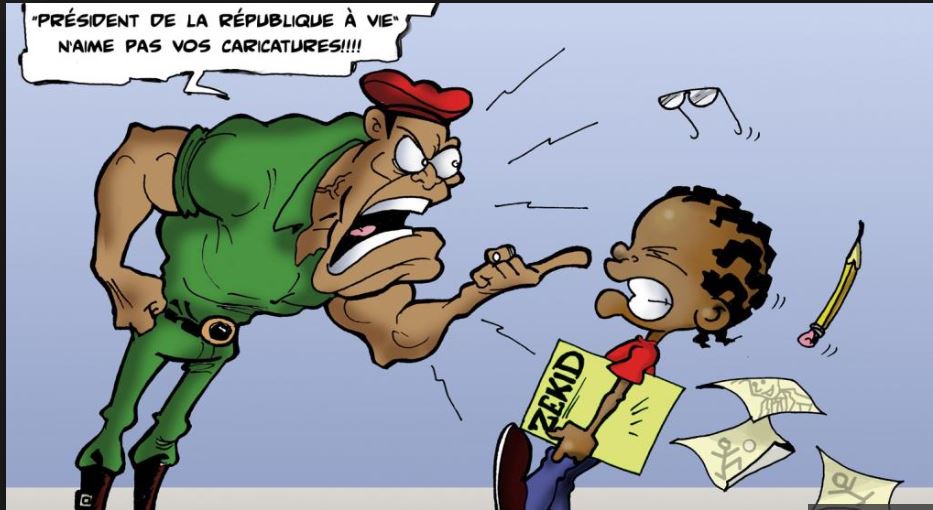 oday is World Press Freedom day. The day we celebrate “the fundamental principles of press freedom, evaluate press freedom around the world, defend the media from attacks on their independence, and pay tribute to journalists who have lost their lives in the exercise of their profession”. Exactly one year ago I was at the African Union headquarters in Addis volunteering as a mentor and editor to the global Youth Newsroom that covered the events of the World Press Freedom day. Then, the media coverge lamented the poor state of Press freedom across the world. From arbitrary arrests of journalist, to press censorship, draconian laws, harrassment and intimidations of journalists to the murder of journalists in line of duty. At that time, Reuters reporters Wa Lone and Kyaw Soe Oo were rotting away in prison only to be released after they won the annual UNESCO/Guillermo Cano World Press Freedom Prize in Adiss. We disparsed on an optimistic note – with the hope that the situation would improve.

2020 however, has turned out to be a year of unprecedented crisis. Covid-19 has caused havoc of such propotions we are yet to properly make sense of. But one area of impact is journalism and journalist work. It is precisely because of the pandemic that today’s F2F WPF day celebrations have been postponed from May 3 to October 18-20 in the Hague. But the pandemic is to blame for unleashing a more sinister wave of human rights abuses against journalists across the globe.

From censorship (USA, Russia, Indonesia, Brazil, India) to deliberate disinformation (China), to banning reporters (Tanzania), to arrests and imprisonment (Iran; Azerbaijan, IraqiKurdistan; Jordan; Zimbabwe ) to violence against reporters (Bangladesh, Ukraine); to imposition of new draconian and dubious bills/laws (like in Algeria), to suspension of printing (Liberia). The growing list goes on and on. And this is not to include the ecomonic repurcussions to an already finacially debilitated industry among other areas.

So today, as we celebrate the strides we have made, lets keep up pressure and vigilance to create conducive environements for journalists to report without ‘FEAR OR FAVOUR’ – a slogan highlighting this year’s UNESCO WPF theme.

This entry was posted in Uncategorized. Bookmark the permalink.